We yearn for it. We strive for it. Its desire drives and fuels the craving and hunger. We stumble and fall. Rise up and fall again. Yet, like fools searching for gold, we march on in pursuit. Longing for a bite of the forbidden apple.

In the sad sense of tragedy found in realism, rarely, will we ever find it.

What is so elusive that litters the highway with failure? What can have such a demonic hold on a person’s soul?

Not winning the lottery, though, I suppose you have a better chance of purchasing the winning ticket as crazy as that may sound.

I’m not talking about any sort of utopian inspired happiness. Or an altered state caused by drugs.

I’m talking about the dream for perfection.

So many strive for it. You’re even given your own label – a perfectionist.

Society praises perfection. We admire it. We applaud it.

Perfection is sought for many reasons. Maybe you’re fueled by the desire to make yourself worthy to someone significant in your life. Like a child, searching for praise from a parent. Maybe the glory is what drives you forward. A desire to be held in immortality. Perhaps, the dogged pursuit to be the best picks you up ever time you fall.

As invisible and elusive as perfection may seem to be, it can be found.

In the sporting world, very few have reached the pinnacles of perfection. The image of Yogi 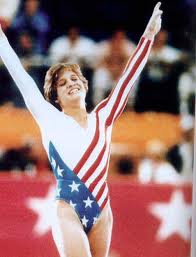 Berra leaping into the arms of Don Larsen in Game 5 of the World Series at the completion of Larsen’s perfect game in which the Yankee pitcher defeated the Brooklyn Dodgers 2-0 in 1956. We remember Mary Lou Retton’s two perfect 10’s during the 1984 Olympics to earn Olympic Gold.

Every time an NFL team reaches the midpoint of a season undefeated, comparisons to the 1972 Miami Dolphins dominates the sports world. The Dolphins are the only team to ever finish an entire season, including a Super Bowl victory, undefeated.  Once again, earlier this year we watched as the Green Bay Packers victory total continued to soar. We began to cheer. Could this team reach perfection? Like the old ABC Wild World of Sports slogan – “The thrill of victory and the agony of defeat” – the Packers failed.

We search for the perfect job. We dream of a wife, two kids and the white picket fence. We strive to be the best we can be. We want the perfect body, the perfect smile.

Our military works to create the perfect, ultimate warrior to send into battle.

As students, we strived for the perfect report card – straight A’s. Well, some of you strived for it, many of you even achieved the perfection. For others, myself included, it never happened.

We all know a diamond is a girls best friend, right? When picking out that diamond for the special someone in your life what are you actually searching for?  A diamond with no flaws, correct?

In the literary world, I always felt Harper Lee wrote the perfect American novel – To Kill A 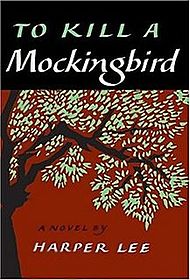 Mockingbird. Was the greatness of her début novel – the level of perfection rarely read or written – a reason that Lee never wrote another book again? She captured lightning in a bottle once, what are the odds of duplicating that level of greatness?

Yet, down the stream we all swim, battling against the currents. Blind or naïve to the overwhelming odds of failure. Striving for something that considering the odds would label us foolish. Leaving Las Vegas with cash in your pocket even has better odds than reaching perfection. Something I’ve never been able to do on any visit to Sin City.

As a child, I used to sit in a field of green, searching for a mythical four-leaf clover. I picked and pulled and searched. After numerous attempts and only finding the standard three-leaved type I came to the conclusion there is no such thing as a four-leaf clover. The luck it would bring was not to come my way.

Can your dreams come true? Can perfection every be reached? Are we fools for setting our goals too high? Is striving for perfection nothing more than a game of roulette or searching for a four-leaved clover?

“I’d rather you shot at tin cans in the back yard, but I know you’ll go after birds.  Shoot all the bluejays you want, if you can hit ’em, but remember it’s a sin to kill a mockingbird.”  — Atticus Finch

I was somewhat reluctant to start my new series Book vs Movie with a novel written in 1960.  I debated about starting with something a bit more current, but the choice would be so random, that it didn’t make a sensible place to start the début of the weekly Monday blog.  It made perfect sense to start with an all-time classic, a novel with such personal significance.

Realistically, any debate over which was better, the book or the movie, would be short-lived.  Of course, to avid readers, the book is always better than anything Hollywood could adapt to the big screen.  If anything, the movie just helps to popularize the novel.  So we begin with the understanding that this  blog will not necessarily debate the qualifications of each production, but rather examine each individually.

As a boy, my reading consisted of my local paper’s sports section, and if a book report were required I would read a sport star’s autobiography.  On rare occurrence, I might venture to read and report about Kit Carson or Daniel Boone.  But the summer before entering ninth grade at the all-boys Catholic high school my world was rattled.  Seems the big and intimidating school required us to read To Kill A Mockingbird before the summer was over.

This made no sense at the time.  Why in the world should we read something before school actually started?  I knew right away this school would be different, and not in a good way.  We would later spend a large portion of freshman english examining the novel and testing over it.

Sometimes, blessings come when you least expect it.  To this day, I still count the novel written by Harper Lee as my all-time favorite.  I can’t say I enjoyed much of anything else the next four years at that school, least of all the beatings that came at the hands of the Priests, or at least one Priest in particular.  Four years of high school with no girls was not fun.

However, the joy’s of reading began that summer, and I will always be thankful that my eyes were opened to a world that did not exist in the local sports page.

You know that feeling when you walk outdoors on a cool, crisp autumn afternoon, and the leaves are turning a bright orange and yellow color, and you can smell, somewhere off in the distance, the wood burning in someone’s fireplace?  That’s the feeling I get every time I reread this novel.

From the opening words of the first chapter, narrated by Scout, you are taken back in time, to a place that no longer exists, except for our imagination.  The overall tone from the narration settles you and comforts you like the distant smells of fall.  By page three, you have a clear understanding of the setting of the story.  “Maycomb was an old town, but it was a tired old town when I first knew it…A day was twenty-four hours long but seemed longer.  There was no hurry, for there was nowhere to go, nothing to buy and no money to buy it with, nothing to see outside the boundaries of Maycomb Country.”

The classic can be summarized as a lawyer defending a black man charged with rape of a white woman in the depression-era South.  To accept that is true, but it is about so, so much more.  A more accurate summary would be the end of innocence as a father tries his best to shield his children from the ugliness of evil in the world.  It’s a novel about seeing people for who they truly are,  for both the  good and evil in all of us.  It’s about one man’s struggles to stand up against a force much larger than he – racial inequality – and the consequences of doing so.  We follow a three-year period as Scout struggles to come to terms with the world around her as we witness the evolution of her reactions, from fighting back and against, to a level of acceptance of certain troubling issues.

Rarely does a classic or best-selling novel transform into an award-winning movie.  However, the adaptation of this novel did just that.  The black and white movie, released in 1962, was a box office hit and earned three Academy Awards.  The success of the movie began with Horton Foote’s screenplay which had the impossible task of tackling the issues and tone of the novel. “I think it’s one of the best translations of a book to film ever made,” Harper Lee once said.  Foote’s work earned him an Academy Award.

The next element in the movie’s success is the casting.  The choice of Gregory Peck, and not the studio’s choice of Rock Hudson, was perfect and crucial to the film’s success.  Harper Lee went as far to say that the role of Finch was perfect for Peck, for all he had to do was play himself.  Quite a compliment.  Peck even went as far as paying a visit to Lee’s father, the model for Atticus, during his research for the role.  The critics agreed with Lee and honored Peck with the Academy Award for Best Actor.  The rest of the cast was equally superb.

Of course, the book is better, but if there ever were a chance for a movie to equal that of the novel it was based upon and a tie be granted, this would be that rarefied opportunity.

The book was published in 1960 and the next year earned a Pulitzer Prize.  The following year it was brought to the big screen.  Sadly, that is the last we ever read from Harper Lee.  She did travel to Holcomb, Kansas with childhood friend, Truman Capote, to help him with research on a story he was working on, which later became his best-selling novel In Cold Blood in 1966.  Lee never wrote another novel after To Kill A Mockingbird.  Perhaps she knew that it would be impossible to top her début novel.  Maybe the sales of the book and movie were enough to keep her content, retire while on top.  Or, maybe the reasons are much more complicated than that, only Harper Lee knows why she never gave us the pleasure of reading more of her beautifully written words.  Maybe, once you have visited the mountain top, and published a classic, there just isn’t anything else to say (or write).  Harper Lee made her mark in literature, and we are all better for it.  Shame that we don’t have more.

So what do you think?  Is it an insult to even presume that the movie version can compare to the novel?  Or do you agree, in this one rare instance, that we can declare the movie equally as entertaining as the printed words?  Can we agree that both are timeless classics and deserve continued revisits?